If you are experiencing an unplanned or unintended pregnancy, you are not alone. Each year in the United States, more than 3 million pregnancies are unintended, and worldwide, nearly 30% of all pregnancies are unplanned. In today’s post, we will discuss some of these numbers, their implications, and what AIM Adoptions is doing to help. 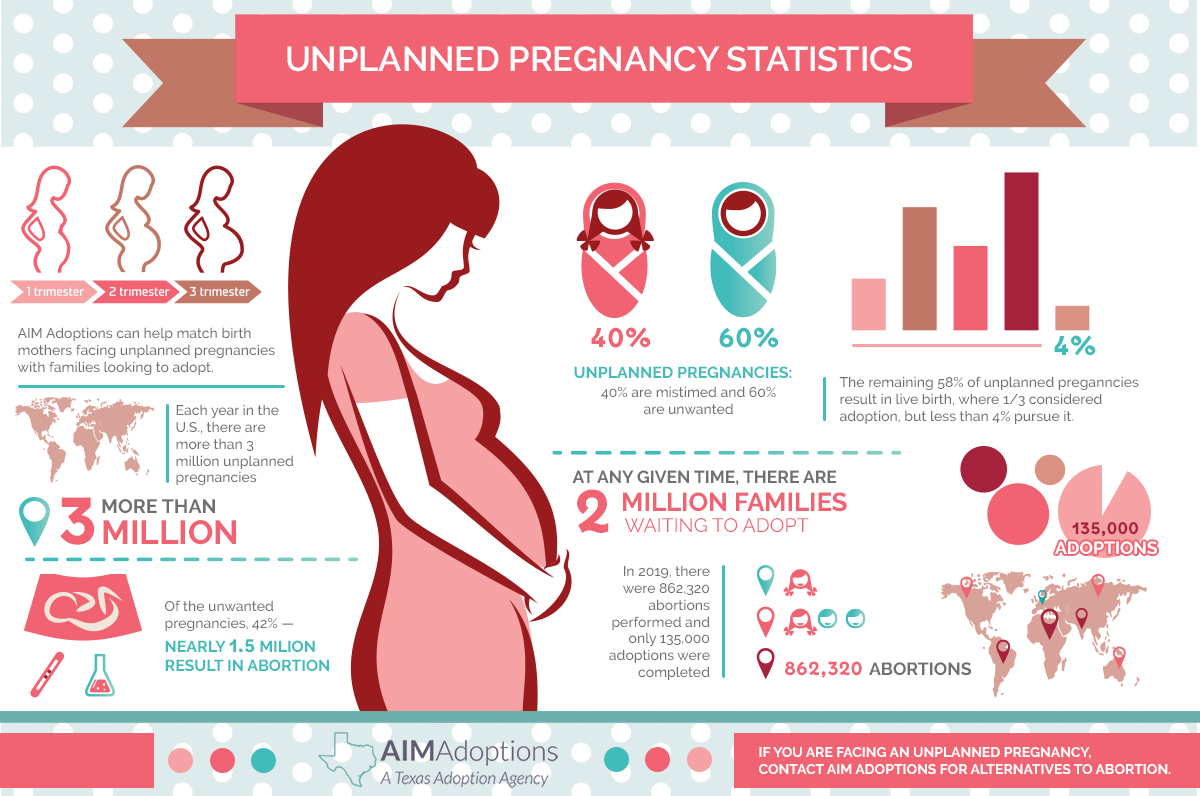 The Facts About Unplanned Pregnancies

Unplanned pregnancies include both those that are unwanted and those that are mistimed. Meaning that of the 3 million unplanned pregnancies, approximately 40% were to women who wanted children, but were not trying to get pregnant at the time — mistimed. And, the other 60% are to those who never wanted children or pregnancy. Of all of the unwanted pregnancies, 42% result in abortion and 58% result in live birth. Of those 58% of pregnancies that are carried through, nearly one-third of the mothers considered adoption, but only half of that one-third took any action toward it.

If you are one of the 3 million pregnant women who is facing an unplanned or unwanted pregnancy, consider placing your child for adoption to one of the 2 million families who are searching for a child to love as their own. You can avoid abortion and rest easy knowing that your child is well cared for and won’t end up in the US foster system. At AIM Adoptions, our mission is to pair women facing unwanted pregnancies with a family who is eagerly awaiting adoption. We help with everything related to the pregnancy and can help turn your unwanted predicament into an event that saves lives and completes families. For more information about the adoption process and resources, contact us today.

5 Things You May Feel When Placing Your Baby For Adoption

Unplanned Does Not Mean Unwanted: Expressing Love Through Adoption

We have recurring and one-time donation options.