These women are the true heroes of the adoption process.

Adopting your child is not an easy decision. Too often, birth mothers are depicted as irresponsible or unemotional. But that couldn’t be further from the truth. What follows here are the real stories of some of our birth moms. As you read them, you’ll discover that birth mothers are strong, emotional, courageous, and thoughtful. 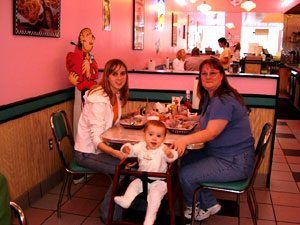 Remember when I found out I was pregnant. I had just broke up with my boyfriend and didn’t know what to do. I already had 2 children that lived with their father. I remember thinking of all my options. When I went to the clinic to find out if I pregnant they gave me lots of literature. From abortions to adoption. I even made an appointment to have an abortion, but just couldn’t do it. I thought to myself that there must be a family out there looking to adopt. So, I sat down and began calling adoption agencies. I called 3 and was very frustrated. They all told me that they would have someone call me. But no one ever did. Then the last agency I called was Gulf Coast Placement Agency, now known as AIM. I remember Jan Deets must have spoke to me on the phone for over an hour. She put me on hold several times but she didn’t let me go til all my questions were answered. Then she made me an appointment to go to the doctor. She even came all the way to Pasadena to pick me up and take me. From that point on, I knew that this was the agency to place my baby with. They not only were there for medical care but also emotional care. Which when you are pregnant and don’t know what to do, having them there was the best thing I needed. I began to think of them as family. Cause that is how they treated me. They also had one on one counseling and group, once a week, what ever fit you best. I lived with Anne the last few months. I can remember Ron going out for watermelon and butterfingers when I had a craving.

I remember I went into labor on father’s day. I thought that would be a great father’s day gift. I went to the birthing center, I stayed over nite. Anne even stayed with me. The next morning the doctor came in and said it will probably be after lunch before I delivered, I told no way I would have this baby this morning cause I was watching All My Children at noon. And I did, she was born at 9:30 in the morning. Anne and Jan were both there. My new family. Then others started coming in to see her. They all said she sure is big and they started making bets on how much she weighed. She weighed 10lbs 4oz. That evening all of Anne’s kids came up to see me. You see I told you that they were family. All those kids in there admiring my little wonder. Then they brought me several bios for prospective families for this little wonder. After reading several of them, I came across one that said stuck with me. You see they didn’t care what they got, they just wanted a baby to love. Their names were Jack and Carol. I knew they were the ones to love my baby and make a family. I wasn’t going to meet them, but the next morning while dressing, I asked Anne if it was too late to meet them. She said no and arranged it. Then we went to Anne’s to wait for Jack and Carol. I was so nervous. I then placed their little girl Alyson Leigh in Carol’s arms. Carol was crying and smiling so big. I can remember that day like it was yesterday. We sat and talked and shared pictures. Then it was time to for this new family to leave. Jack hugged me so tight and so long I thought he was going to squeeze me right thru him. Carol had to tell him, remember she just had a baby. I chose to place Alyson as soon as possible because the first 3 days is the bonding period. Alyson was only 24 hrs old. And off they went to begin there family.

We exchanged letters and pictures throughout the next 18 yrs. I got to see Alyson Leigh grow up.

Now the rest of the story
In December I went to the AIM Christmas party. Jan told me that Alyson was wanting contact. My heart must have stopped beating. I couldn’t breathe. I was so excited. I went the office on Monday and Jan called Carol later that day. Carol wrote a letter that day with some pictures. Then I got a letter from Alyson or Leigh as she goes by now. I have called her Alyson all her life that at first it was strange but I got used to it. Then I got the letter with her address and phone number in it. At first I didn’t see it I was so excited then a really good friend of mine at work had read it and she said oh she sent you her address and phone number. I said where and she showed me. I called Leigh that night and talked for almost 3hrs. We asked each other lots of questions. She asked me why I placed her for adoption, I explained and she says she understood. I always thought she would hate me, but she never did. We didn’t want to hang up. I couldn’t get to sleep for hrs after that call. We continued to talk everyday and email each other. I made plans to go to Birmingham to meet her. I was nervous and scared but she made it so easy. I have loved her since the day I found out I was pregnant. We spent a whole week together. I stayed with Leigh and Brooklyn at Leigh’s house. She picked me up at the airport. We shared pictures and talked late into the evening. The 2nd night I was there we went to Carol’s, her mothers house. She made us dinner and they bought me a cake that said We love you Margie. We took some more pictures and Carol showed me pictures. We took lots of pictures. I am also a grandma, she has a beautiful little girl named Brooklyn. Leigh showed me all over Birmingham. She introduced me to everyone that she knew. I was surprised everyone knew about me, I don’t know why I was, but I was. Everyone was so nice to me and they really cared about Leigh. Of course, we took more pictures. I couldn’t get enough. We made plans for her to come visit next summer. That when it was time to go, I didn’t want to go. Leigh and Brooklyn took me to the airport, I cried I didn’t want to go but I knew I had to get home. Yes, we took some more pictures. I am a picture kind of person.

I am looking forward to getting to know Leigh more. She wants Jonathon her brother, my youngest son to come and spend some time over the summer. Jonathon is looking forward to it. Spending as much time with her and her family is important to the both of us. I have never and never will regret my decision to place Leigh for adoption. When people ask me how could I have just given her up, I tell them proudly, I didn’t just give her up. I didn’t use words like give up or not want, I used words like placing and planning. You see we don’t give up our babies we make plans for their lives. We place our babies with families we pick. 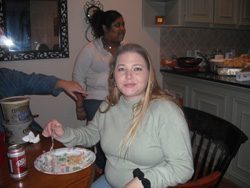 Hello my name is Frances, and about 13 years ago I placed my daughter for adoption. I want to share my experiences that others can understand that my decision was painful at first, yet overall rewarding, life changing choice for myself and my daughter.

Before I start I want to let you know a little about my life leading up to Cana’s birth. When I was 4 1/2 years I too was adopted after two years of temporary “families”, I found mine! I have always felt safe and loved in my family, even when I rebelled and yelled mean things…you know, when I was a teenager. So adoption had always meant love to me.

When I was 19, I had a beautiful baby girl that I tried to parent for six months. And even though I thought I was doing things right, I really knew I wasn’t. And so, as much as I wanted to keep my baby, I looked into other options for her. I talked to several different agencies and went through steps to see if I could truly handle not keeping my baby. You would think at 19 you could do anything! But this was the hardest thing I had ever had to face. I won’t say I didn’t keep changing my mind, because I did. Don’t get me wrong I had amazing support from my parents and family. But in the end I knew that adoption was the best choice for both my daughter and me. So when I decided to finally go through with the placement my family and the staff of AIM was so very helpful. It helped that they treated me like family. Still to this day I feel like I am part of the AIM family when I go to the AIM birth mother’s Christmas party. The staff at AIM helped me in so many ways. They helped me to find the right family for me and my daughter. They helped me to cope with the hurt, and the emotions I encountered during the grieving period. They helped me to know that grieving was a normal experience and that I had a right to grieve for my daughter even though I felt adoption was the best thing for her.

I will say that having an open adoption was the best choice for me. The family, who adopted my daughter, basically added me to their extended family. Even though they are the ones raising Cana, they share her life with me. We write, talk on the phone, talk online, and they even make trips here to Texas for visit’s since they still have family in Houston. They have been open and honest and sharing with me since the very beginning and I know that I am blessed to have them in my life.

I will not tell you that this has been easy, because it was not! And you may think that you could never deal or get past the empty feeling…. But you do! And yes in time it gets easier. Like I said in the beginning it’s been 13 years since I placed my daughter. And through the years I see how this choice has changed my life for the better. I am able to now see that yes she was the miracle that changed my life in so many ways that I would have never been able to imagine. Because of her I changed my way of living at that time. And because of her I was able to experience the joy of seeing two wonderful people who desperately wanted a child of their own. They need a child to love unconditionally…. and they do. I have been blessed and I continue to enjoy and receive new blessings from that decision so many years ago.

Looking to donate? Click the link below to learn more!